From a humble upbringing in regional Victoria, Bill Edwards found his calling working with Aboriginal people in the far north of South Australia. As a young, newly-ordained minister he was posted to Ernabella (now Pukatja), a Presbyterian mission in the Anangu Pitjantjatjara Yankunytjatjara Lands in 1958. Soon after his arrival there the superintendent took ill and was forced to resign his post and Bill found himself thrown in at the deep end as he assumed the role.

An energetic and cheerful person, Bill quickly learned the Pitjantjatjara language and turned his hand to anything that came his way – from carpentry, to stock keeping, to preaching the gospel. There he met his wife, Val, the resident nursing Sister, who had a similar work ethic and devotion. While Val had to step down after marriage, she continued to assist and run the clinic at Ernabella as needed. At the same time, she trained Anangu women in nursing, midwifery and domestic work and catered for the constant stream of visitors to the mission.

Bill travelled difficult terrain over vast areas on a regular basis to minister to his congregation and conducted the famous Ernabella choir for fourteen years until the couple moved to Adelaide in 1972. This was not the end of their work. Bill went on to teach, speak, write and publish on Aboriginal issues, he translated and interpreted in courts and hospitals, and had a long association with the University of South Australia where he remained an adjunct until he passed away in 2015 at the age of 86.

5.15pm for a 5.30pm start. Parking available on Torrens Parade Ground, off Victoria Drive. Refreshments will be provided. 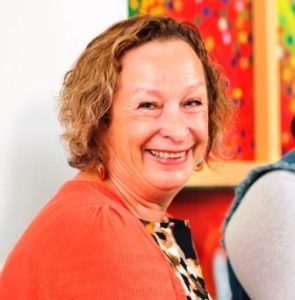 Sue Anderson is a Lecturer, Indigenous Cultures and Australian Society, at the University of South Australia.  She has worked as an archaeologist and historian with Aboriginal communities for nearly 30 years.  Sue is current President of Oral History Australia and Editor of its Journal.