Samorn, the Adelaide Zoo’s last elephant, was adored by generations of zoo visitors. A gift from the Thai government in 1956, she was transferred thirty-five years later to Monarto Zoo to live out her days. When she died there in 1994 there was an outpouring of sadness from all who knew or grew up with her.

Elephants and Egotists is a tribute to Samorn, but also tells of other elephants sent to South Australia and the colourful characters who decided their fate. Elephants, particularly those in Southeast Asia, are now a critically endangered species needing our concern and immediate action. As Sir David Attenborough asks: ‘The question is, are we happy to suppose that our grandchildren may never be able to see an elephant except in a picture book?’ 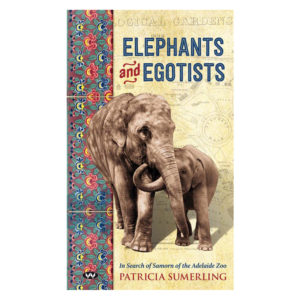 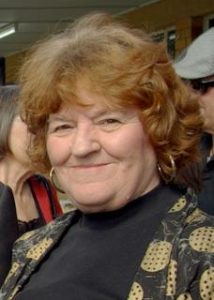 Patricia Sumerling has been a Professional Historian for 30 years. Working first as an Historian for the Adelaide City Council for six years, her time there culminated in the 1990 publication Heritage of the City of Adelaide: An Illustrated Guide with co-authors Susan Marsden and Paul Stark. Following her interest in South Australian pubs, her first book about them was Down at the Local: A history of Hotels in Kensington, Norwood & Kent Town, published in 1998. In 2011 Wakefield Press published her next book, The Adelaide Park Lands: a Social History. At the same time her first novel The Noon Lady of Towitta which was published as a historical mystery that was based on an unresolved murder in 1902 was nominated for the Ned Kelly Crime Writers’ Award in 2011. In July 2013 she became the History Council of South Australia‘s recipient for the annual award as Historian of the Year.

Elephants and Egotists: in search of Samorn of the Adelaide Zoo that was published in April 2016, won the Historical Society of South Australia, Maurice Keian award for the best book on South Australian history for that year.

She has almost completed her biography of Albert Augustine Edwards, dubbed the ‘King of the West End’, a notable publican, city councillor and Labor MP who spent 2 ½ years in prison for sodomy in 1931, as well as a social history of the pubs of South Australia.