Talking History Online: Death on the cricket field: Fatal accidents in Australian cricket from 1858 to 2014

Death on the cricket field: Fatal accidents in Australian cricket from 1858 to 2014

When Phillip Hughes died after being struck by a cricket ball at the Sydney Cricket Ground in November 2014, his death was described as a ‘freak accident’ and a ‘million to one’ chance. However, research on Trove shows that nearly 200 Australians have died in cricket accidents since the first recorded fatality in 1858, with about half of these deaths occurring in formal matches in district, suburban, church and country competitions and the remainder in backyard, street and social games.

Tom Gara collaborated with several sports medicine experts on a detailed study of cricket fatalities which led to the introduction by Cricket Australia of the compulsory wearing of helmets by batters, wicket-keepers and close-in fielders in all grades of cricket. In this presentation Tom will discuss the results of his research and the ways in which Trove has revolutionised historical research.

Lecture will commence at 5.30pm CST on Zoom. There will be a short Q&A following the lecture. 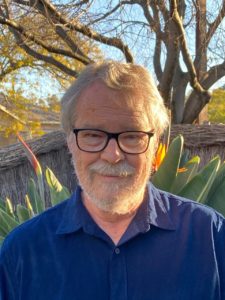 Tom Gara is an historian based in Adelaide who usually specialises in Aboriginal history. He comes from a cricket-mad family and has played cricket for more than 50 years. Despite being aware of how dangerous the sport can be, he currently plays for the University of Adelaide team in the local veterans (over 60s) competition. He always wears a helmet when batting. Tom is employed in the SA Crown Solicitor’s Office, conducting historical research on native title claims. He has published widely on various aspects of South Australian Aboriginal history. In his long cricketing career he has scored four centuries and still hopes one day to get a hat-trick.