When the first woman to circumnavigate the world completed her journey in 1776, she returned home without any fanfare at all. Jeanne Barret, an impoverished peasant from Burgundy, disguised herself as a man and sailed on the 1766 Bougainville voyage as the naturalist’s assistant. For over two centuries, the story of who this young woman was, why she left her home to undertake such a perilous journey and what happened when she returned has been shrouded in mystery. The story of her voyage appeared in newspapers, philosophical discussions and biographies yet details about Barret herself were poorly documented and sometimes sensationalised. Over time she has been represented as a clichéd character type rather than as an individual. Was she a loyal and faithful servant of Enlightenment science or a victim of sexual violence and abuse?

New archival research has revealed more about Barret’s peasant family origins in Burgundy, her significant contribution to botanical research, her prosperity in Mauritius and her later years as an agrarian land-owner in the Dordogne. Jeanne was an individual who defied the social conventions that regulated women’s lives and as a result her story has been concealed, ignored and misrepresented.

By re-examining the archival evidence around her life, Danielle Clode found a woman who broke the boundaries of her social and geographic restrictions and demonstrated remarkable personal agency and resilience. Jeanne’s story is both a re-examination of the lives of women in the past, but also a way of re-imaging the stories told about women now and in the future.

Lecture will commence at 5.30pm (ACDT) on Zoom. There will be a short Q&A following the lecture. 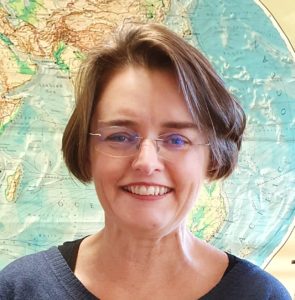 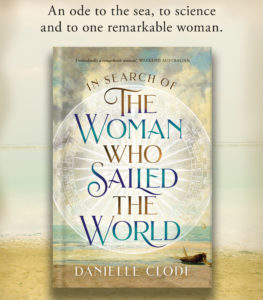 Danielle Clode is an interdisciplinary scholar and creative writing academic who has published popular scholarly books in killer whales, bushfires, natural history, museums and fossils. She has a particular interest in the history of science and the natural history of French voyages of discovery to Australia and the Indo-Pacific region. Her award-winning account of French voyages of discovery to Australia, (Voyages to the South Seas) has recently been made into a documentary.  In search of the woman who sailed the world, the story of her search for Jeanne Barret, was published by Picador in October 2020.