On the morning of 18 December 1894, the South Australian Parliament passed a momentous piece of legislation. South Australian women became the first women in Australia, and among the first in the world, to win the right to vote and the right to stand for Parliament. Women, and men, fought for the vote for women not as an end in itself, but in order to change the world around them. Beginning with the 1894 milestone, this exhibition explores the history of the struggle for women’s rights in South Australia and asks us to consider the question: how much has changed? 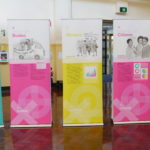 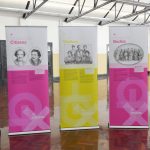