What Stories to Tell? Themes and Key Messages 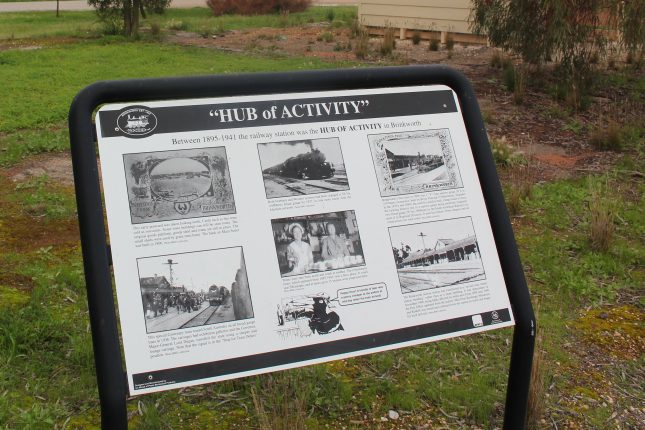 Key messages state what particular aspect of a theme the interpretation will cover. Key messages don’t appear on interpretive material (though they may be reflected in titles), but it is useful to have them written down as a reference point for planning interpretive content. A key message (or ‘take home’ message) is what you want people to remember.

For any theme there will usually be much more material available than can realistically be used as content. Key messages guide decision making about what to include and what to leave out.

Stories included could be about building the jetty, grain yields, drought, prominent grain growers, silos, railway transport, harvesting methods, harvest festivals or whatever is significant to your local area.

A group of interpretive objects may be assembled together to share one key message such as ‘this town was a major port for exporting grain’. Alternatively, in the Institute building example below, the importance of the building could be interpreted by conveying several key messages.

Key message 1:       People have been learning and socialising here for more than 100 year

Stories could include: use as a community library, dances, showing of movies.

Key message 3:       From the time it was planned, this building had a chequered history.

Stories could include: accidents or scandals which occurred there, damage to the building from major events like flood or fire, debate over where it would be built or who would build it.